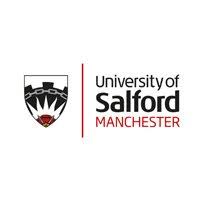 I met Penny when I joined Helena Partnerships as Head of Programme Delivery role. Her knowledge of people, culture and organisational development matters is second to none. Where Penny comes into her own is as a mentor or coach. If you’re looking to raise your leadership to the next level or you’re navigating personal or professional change, Penny is your go-to person. Penny is a master of listening, creating space and time to think, drawing on her extensive leadership experience to question and probe. Through skilful observation, reflection and challenge I always feel stretched, refocused and inspired to act after time with Penny.

Penny was my coach after starting my role as the Managing Director of New Charter Building Company and during the early stages of the merger with Jigsaw Homes. Taking time out of a frantic schedule to stand back and have the ear of an independent coach was invaluable to me. I shared many challenges with Penny and always found her attentive, calm and easy to work with. Penny provided support and challenge, which stimulated me to take action and make some tough decisions with greater confidence. Penny has a wealth of leadership and business experience and I recommend her to you if you are looking for an experienced Executive coach to have by your side.

Having known Penny for over 15 years and worked with her through her coaching qualifications, she has a broad experience and depth of knowledge that serve her and her clients well. The broad experience has come from leading on significant organisational change and transformation projects and has generated innovative leadership engagement and navigating development needs through two mergers. Her passion for well-being and resilience makes her a first-class executive coach, facilitator and HR/OD Mentor.

At a time when I felt I needed to focus on my personal development and consider the direction of my career, Tracey asked thought-provoking questions that made me really reflect and dig deep to think about what more I wanted from my career. She challenged me around some of my assumptions and to identify what was holding me back, which was invariably myself!  She helped me think this through whilst giving me the space and support to find solutions, build my confidence and step up into a more senior role.

I’ve had the pleasure of working closely with Tracey for over seven years. Firstly, in her role as Director of People and Culture where she played a major part in transforming the organisation’s culture into a positive and ambitious workplace; and more recently as an independent coach where her insightfulness, thought provoking questions and encouragement to push myself further have helped bring me the clarity I needed to achieve my goals.

One of our Coach Directors started working with a Housing Association Development Director when he was feeling stretched and overwhelmed with his workload and the pressures of a very demanding role. With a background in the commercial sector he described himself as a bit of a ‘bish, bash, bosh’ leader. Focused on the task in hand, driven, found delegating a challenge and a workaholic. He was exhausted, his family fed up, his team didn’t feel trusted and everything ended up on his desk for a decision and action.

Coaching gave the Director permission to step back and reflect on what impact this was having on his team, his family and most importantly himself. It gave him time to breathe. And it gave him a safe space to explore what a better worklife balance could look like for him as well as appreciate the beneficial impact of this on everyone around him.

But it went deeper than that. As the coaching relationship developed, the Director started to question who he was as a leader. Through insightful questionning the coach helped him reflect on some of his long held assumptions about how to get the best work out of his team. He started to develop his thinking on how he could build high levels of trust which would enable him to delegate more but also hold his team to account.

This spurred a new found curiosity to understand more about his own leadership style and desire to become a different sort of leader. He started to let his ‘mask’ drop so he could be more compassionate, curious and authentic with his team, understanding to get the best out of them they needed to feel valued, trusted and cared for.

He also became a committed fan of coaching. His managers benefitted from this and found themselves fast tracked on talent programmes, developing and retaining the next generation of leaders in his team and the business. He became a highly sought after mentor on the organisation’s talent programmes and then trained to become an in-house coach. A coaching style of management was not just being taught on the formal leadership programmes but was being embedded through the ‘back door’ too.

By the end of the coaching period, the Director had achieved outstanding levels of employee engagement within his team and significantly improved performance. But just as importantly, he felt he’d got his life back. Everyone noticed and valued the difference, including his wife and daughter!

In this case the coach provided the safe space and supportive challenge to help the Director see his own blind-spots and how he was contributing to his feelings of overwhelm and pressure. And the encouragement to evolve his thinking and relationships so he could grow into the inspiring and successful leader he is today.

One of our Coaching Directors had a coaching relationship with a new Executive from the point of selection in a new sector, for a period of nine months. Collaborating prior to joining helped orientate the Executive and created lots of energy and anticipation during the all-important early stages.

The coach was instrumental in helping the Executive quickly orientate and make sense of their new world in a large complex organisation at a time of major change and disruption. Having a neutral ally and someone to share positive experiences with, as well as any niggles, at a pivotal point in the Executive journey, was invaluable. The coach helped them make sense of the new culture, team dynamics and a plethora of priorities whilst maintaining their equilibrium and tapping into their own unique strengths and personal brand.

As the coaching relationship progressed, dialogue developed on the real challenge of becoming established in a new sector, finding their place at the table, developing strong relationships with peers, direct reports and their team and being an ambassador both within and outside the company. The coach offered an independent sounding board for the Executive’s change plans, people issues and contentious matters and acted as a mirror observing and feeding back on observed behaviours.

Having a calm thinking space and a safety net for sharing observations and experiences during the critical initial period, particularly the all-important first 100 days, helped build a strong foundation for the Executive, who is now well-established.

Each coaching assignment is unique and demands differing skills and approaches.