What about Serious Games? 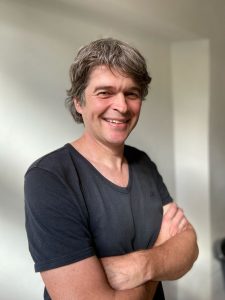 Imagine, you’re participating in a game where you have to make decisions in an environment aligned to where you work. The game is stimulating and challenging, your responsibilities go beyond those you have in the real world and the impact of your decisions is much greater. You play the game in a team with your direct colleagues against other teams with colleagues from other departments. As a team, you carry out assignments under considerable time pressure, you gain scores and also receive personal feedback.  A successfully completed task brings your team to a higher level, everyone within the team is focused. You do your utmost because you are playing to win!

This is an example of a Serious Game, a game with a greater purpose than just entertainment. The scores and the level achieved are the most important game elements here; these must be clearly visible to all participants and easy to retrieve. This keeps the participants focused and involved[1], which results in subjects, cases and solutions being better remembered than in a conventional setting[2].  A game is often played with an app or a computer program that offers specific information and in which the participants are presented with the ‘storyboard of the game’.  However, computer support is not always necessary, and depending on the objective a board game can also be the base of a Serious Game. Through observation and intervention, it can be made interactive so that the involvement and focus of the participants are kept at a high level.

There are no rules for the appearance of a Serious Game, but the term Serious Game is becoming more specific, and a distinction can be made between gamification, simulations and Serious Games.

Gamification introduces game elements into a non-game related environment. A ranking of sales employees based on realised sales and/or customer satisfaction scores is already a form of gamification. In simulations, an environment is created in which the real situation with specific tasks and/or procedures is imitated. Participants in a simulation can deviate from patterns without risk and can thus perform by trial and error to see if there are shortcuts on their way to Rome. A Serious Game could be described as a simulation in which many game elements have been added. The environment created in a Serious Game can be a lot more fictional than that in a simulation. Feedback is given on the assignments carried out, on which the participant can adjust his behaviour in the rest of the game. In a Serious Game there is often a winner or a winning team. As an extension of a game, participants can be asked to carry out small follow-up assignments periodically in order to secure what they have learned during the game.

Applications of Gamification, Simulations and Serious Games are numerous, especially when they are customised.

A good example of Gamification is a brainstorming session in which people are divided into teams in a first round and propose ideas individually. In the second round, each member presents his ideas to the other members of the team who rate the ideas with a score from 0 to 10. In the second round, all members of all teams rate all the top three ideas of the other teams. This results in a ranking of the ideas to which everyone has contributed. There is an individual winner, and a winning team can also be presented.

A good example to illustrate a Serious Game in which a future situation is simulated is the ‘After the Tender’ game developed for road and waterway construction companies, but which can cross sectors such as housing development. When a tender is won, a contract is concluded between the construction company and the client.  After the start of the project, teams from both parties will work together intensively during the construction of, for example, a road. During this cooperation, situations will arise that both parties will have to deal with. This is simulated in the ‘After the Tender’ game in a Serious Game prior to the start of the project in which the two parties play with and against each other and have to discuss difficult cases in the game. Situations that may come up are, for example, a farmer who threatens to cancel his commitment to the project or the issue of who should communicate what to the environmental groups who have announced protest actions.  Fictitious stakeholders from both organisations, time pressure and different financial interests have their influence to come as close as possible to reality.  After each case, agreements are made on how such a case will be handled in real-life situations, and all those involved receive feedback and evaluate the cooperation. As a gamification element, a score is given for the performance of all persons involved in the case.

At the end of the game, the intention is for the parties to jointly define five so-called cooperation agreements. On the basis of these agreements, the quality of the cooperation will be measured periodically during the project. For example, ‘flexibility of the other party’ or ‘to what extent does the other party live up to the agreements’, etc. This process could be implemented as a gamification element as a short brainstorming session in an ‘After the tender’ game.

The realisation of a Serious Game is a process that starts with the objective: what do we want to achieve. Then a global design, a storyboard and a timeline are drawn up. After adjustments, the prototype is built. This prototype is tested, after which the final product can be built and delivered. It is important to make the created environment recognisable for the participants and to provide them with clear and recognisable feedback during the game.

Casper Scheffer has 20 years of experience in building and managing customised Serious Games. If you have a specific question or an idea about a specific Serious Game application, please feel free to contact us.